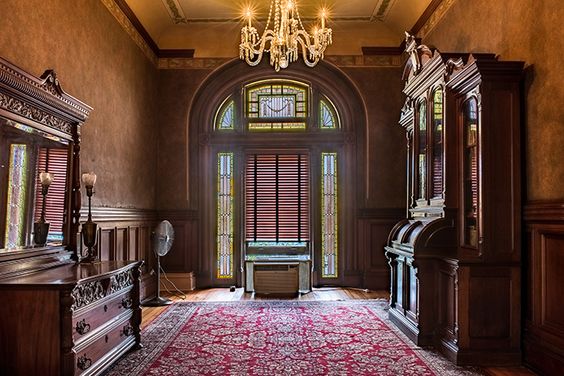 The history of slatted blinds is not completely clear, but it is believed the concept was invented thousands of years ago by the Egyptians, although they were probably only made of fixed slat material. After that, it is thought that the concept and design moved to perhaps Persia, China or India. As legend has it, the great explorer Marco Polo brought them back from China in the late 1200’s, but this is speculative as he does not mention anything like that in his journals.

Whatever the truth is, in the early 1700’s they appear along the European trading routes, in particular on the Eastern Italian coast, near Venice.  This is probably where they received the popular name ‘Venetian Blinds’.

During the colonial era of the 1700’s Venetian Blinds grew in popularity in wealthier houses, shops, churches and public buildings, especially in France, England and their colonies. We can see this in the paintings and illustrations of the time.

Mass production of window blinds began just after the end of WWII through Hunter Douglas’s network of over 1000 distributors in North America. Window blind design underwent a major redesign in the 1970’s with the introduction of the  aluminum ‘Mini-Blind’. This smaller, lighter, and cheaper version of the Venetian Blind further expanded the window blind market. In the 80’s and 90’s the resurgence of wide slatted blinds such as various wood and faux wood types, have made slatted blinds more popular that ever. Today, they have taken hold of the window covering market, and are vastly more popular that soft window coverings such as curtains.

Dekor Blinds build on this centuries old tradition and supply and install various types of window blinds, that would make John Webster and Edward Bevan proud and a bit jealous.